The August giveaway features 2 paperback books that will be given away to two separate winners:

This will be the first-to-last giveaway, so make sure you get involved!

If you would like your chance of winning either of these books, add your email address to the form below. You’ll be notified by email if you are the winner, and you will also be opting into a follow-up email to let you know when the next book in the giveaway becomes available.

Life as a Sandwich 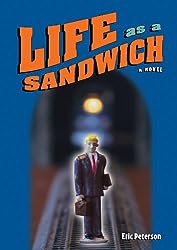 This is a signed copy of Life as a Sandwich by Eric Peterson:

Protagonist Wallace Noe and his wife, Hannah, are card-carrying members of the sandwich generation: squeezed between raising children and looking after an elderly parent, struggling to make ends meet and to keep their marriage together.
When a family tragedy forces Wallace to reevaluate his life, he stakes his future on a start-up company and the values and work ethics of his father’s generation, never imagining the sequence of events that will shatter his comfortable world.
With sharp humor and masterly insight, author Eric Peterson dishes up a rollicking account of California’s modern-day gold rush the heady times of the high-tech boom, when stories of mind-boggling riches are commonplace and everyone wants a bigger piece of the pie.

Dances with Marmots: From Mexico to Canada along the Pacific Crest Trail 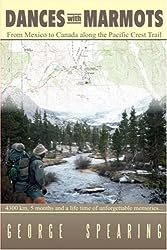 This is a copy of Dances with Marmots by George Spearing (4.4 out of 5 stars from 19 reviews):

The inspiring story of a 4300km solo hike from Mexico to Canada along the Pacific Crest Trail.
Despite never having hiked before, George Spearing decides to take ‘leave of absence’ from his job as a firefighter in the New Zealand Fire Service and walk the length of America.
Travelling entirely on foot and off road, George’s five month journey takes him through the desert areas and High Sierra Nevada of California, the Cascade ranges of Oregon and Washington, and finally emerges in the Okanogan Forest of British Columbia, Canada.
The diverse mix of dry Mojave desert, High Sierra snows and the characters and wildlife met along the way, provide an often humorous look at the US and its wilderness through the eyes of a New Zealander.
The lively and easily read style, including illustrations, will appeal to both adventurer and armchair adventurer alike.

Follow the adventure from its inception on an Auckland, New Zealand Fire Station, to its culmination in British Columbia, Canada. Traversing 40 Wilderness areas, 24 National Forests, 7 National Parks, 3 State Parks, 19 major canyons and climbing 57 mountain passes, the epic journey takes the reader from near sea level at the Mexican border to 13,200 ft at Forester Pass in the snowbound High Sierra. An entertaining and inspiring read for anyone contemplating hiking the Pacific Crest Trail, or for anyone who just enjoys a good adventure story.