This will be the final giveaway, so make sure you get involved!

If you would like your chance of winning any of these books, add your email address to the form below. You’ll be notified by email if you are the winner. 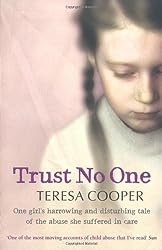 This is a signed copy of Trust No One by Teresa Cooper:

Thrust into state care at 6 months of age because of an alcoholic father and mentally ill mother, Teresa Cooper spent an unsettled childhood in a variety of children’s homes. At age 13, she was sent to Kendall House in Gravesend, Kent, a home which soon became her prison and worst nightmare. Teresa found herself a victim of a terrible regime: she was injected with dangerously high doses of drugs and sexually abused. As a result of this cruel and vicious treatment—accompanied by punishments such as 163 days spent in solitary confinement—it was not long before Teresa began to harm herself and even attempt to take her life. After three years of hell, Teresa thought her nightmare was over but another was about to begin. Teresa survived, however, and today she works to fight against a corrupt social care system. She has taken her case of abuse and drugging to parliament, and is fighting to prevent many more children from suffering at the hands of unethical doctors and abusive foster parents.

Pieces of a Rainbow 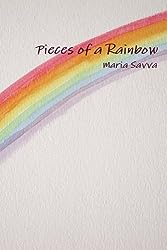 This is a signed copy of Pieces of a Rainbow by Maria Savva:

‘Pieces of a Rainbow’ is a collection of seven short stories, each one based on a different colour of the rainbow. You will find a full spectrum of emotions within the stories. Some are sad, some uplifting. There are not always happy endings, but the tales reflect the real world, and the forces of nature at work in our lives; sometimes beyond our control. The stories are diverse in style, and the characters, although fictional, are true-to-life. There is something for everyone in this inspired collection. Excerpt from ‘Forever Blue’: ‘…Some people are lucky; they just carry on going, keeping up with the current, riding the waves. Others find a ship they can sail in forever; but some are left to drift alone, battling against the waves, and hoping they can get to the shore in one piece.’

The Ball’s in Her Court 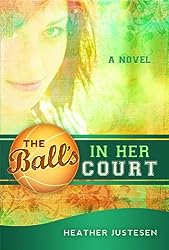 This is a signed copy of The Ball’s in Her Court by Heather Justesen:

Growing up in the foster care system was no picnic, but after being adopted into a loving LDS family, playing college basketball, and launching her career in the software industry, Denise Dewalt finally feels as though she s left her former life behind her. What she doesn’t realize is that she must confront her past if she ever wants to move on to a brighter future. While her search for her biological family isn’t an easy one, Denise s biggest fear is that even when she finds her family, she ll have nothing to give Rich, the only man who can see past the tragedies of her childhood. This emotional and inspirational story proves that life is full of unexpected twists and turns especially when it comes to facing your demons, fighting for love, and finding happiness for the future. The Ball s in Her Court will keep you hooked to the very last page.